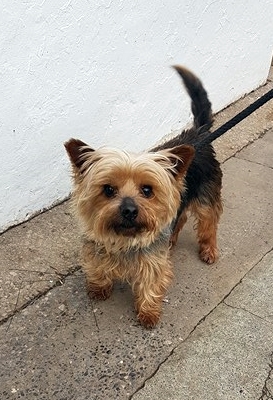 PLACED WITH SILVER FOX RESCUE 29/3/18 ‘Harvey’ 12 year old Yorkshire Terrier. Harvey was originally looking for a home as his owner passed away. He has been adopted but had to be returned as he became dominant and snappy. He would benefit from a home with one owner who is familiar with this type of dog and behaviour and ready to deal with this. He will not be rehomed with under 16’s. He was adopted to a single person home and apparently showed dominant aggression in that home also so is now seeking rescue. He has been well behaved with all the staff here.